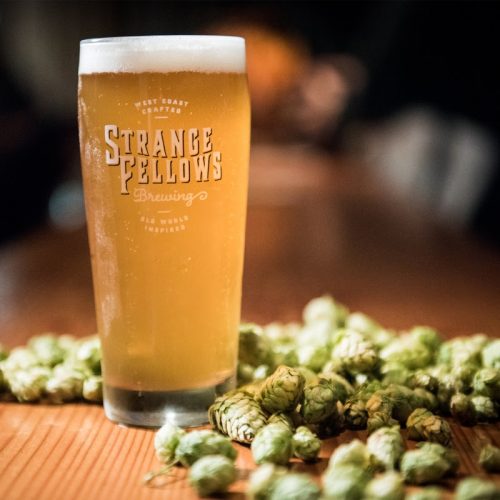 Once again, it’s the time of the year that is so important for brewers – Harvest time – when the grains and hops they use to make beer all year are harvested. It’s time to give thanks for a good harvest and to drink to the health of the Hop Devil to help ensure a bountiful crop next year. The best way we could think to do this is to host a mini Fresh Hop Beer Tap Takeover in honour of the Hop Devil, featuring fresh hopped beers from a few of our friends.

Please join us for a festive harvest celebration, with a quartet of fresh hop beers, FREE corn on the cob, games and live music, all presided over by the guest of honour – the Hop Devil himself.

Corn Shuck 1-7pm (or until the corn runs out)

Inspired by the Belgian Hopduvel tradition, our Hop Devil Hootenanny celebrates the harvests that mean the most to us – hops and barley. Traditionally, Belgian hop farmers would create effigies of the “Hopduvel” – the personification of a storm that could destroy the hops crop before it was harvested – which they would parade and then burn to ensure a successful harvest for the next year.