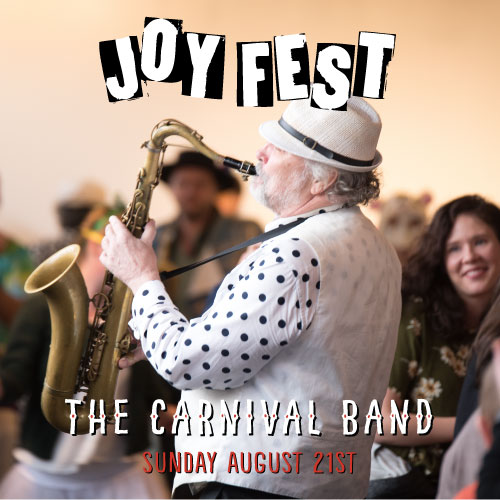 The ever-joyful Carnival Band is set to open Joyfest.

The Carnival Band is a community-based brass band that seeks to use music and dance as tools to empower its members and audiences alike to work toward peaceful and positive social change. Under the direction of father-son duo Tim Sars and Ross Barrett, the Carnival Band has operated for over a decade out of the Britannia Community Center in the Commercial Drive neighborhood of Vancouver, British Columbia. The band plays music ranging from samba, calypso, funk, and klezmer to New Orleans style jazz—animated music that injects crowds with an instant blast of energy.